Create an Account - Increase your productivity, customize your experience, and engage in information you care about.

Finding Belonging...Even During a Pandemic

"I think a hero is an ordinary individual who finds strength to persevere and endure in spite of overwhelming obstacles." — Christopher Reeve

What do a single mother and scientist, a former radio personality turned transgender advocate, and a retired educator and administrator have in common? They are all different ages, races, and come from entirely different backgrounds, but Allies in Community taught them to dig a little deeper. 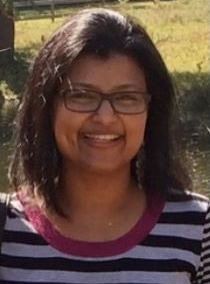 Despite 2020's unique challenges, the program's main objective for its participants remained the same — find common ground. The intended results of this discovery process through a series of focused discussions and activities with a group of people from vastly different backgrounds, cultures, and beliefs is a widespread effect that creates a more inclusive and engaged community. At the graduation ceremony in June for Cohort II, the second group to go through the Allies program, Ally Kiran Bachhawat presented the Christopher Reeve quote above, summing up her interpretation of the group's common ground.

"It's the underlying theme of everybody there," Bachhawat said. "We've all been through personal struggles and have successfully overcome hurdles in life. We've empowered ourselves and now we want to give back."

Bachhawat, the single mother and scientist, immigrated to Texas from India to pursue her career and is now a Principal Scientist at Abbott Laboratories. She manages a team to create products that help with patient care, mainly the tests that analyze bloodwork, including the COVID-19 antibody tests.

Acclimating to life in a new country as an adult proved difficult as she had to train her brain to do things differently from which side of the road to drive on to expressing herself in a conversation. When a colleague expressed concern after she told them she freaked out last weekend, she quickly realized that while "freak out" means to have fun in India, it has an entirely different meaning in the US.

"It made for an interesting learning curve," she said. "Even now sometimes I struggle with pronunciation."

After a move to another state and a divorce, Bachhawat moved back to Texas and settled in Coppell in 2012 in an effort to stabilize life for her children and provide them with a good education in Coppell's top tier school district. One of the difficulties of being a single parent with a demanding job is finding ways to connect with other people. Busy schedules and homes with garages that face alleyways make it much more difficult to meet your neighbors organically. Allies in Community was her first foray into volunteering in her community and it helped her find the connections she was seeking.

"I came to Coppell for work and the school district, but the longer I stay here, the more I learn that the people here are very peace loving and caring and I wouldn't have ever known that without Allies," she said. "It was really focused on relationships, how we can overcome our hesitations about our differences, and make others feel belonged." 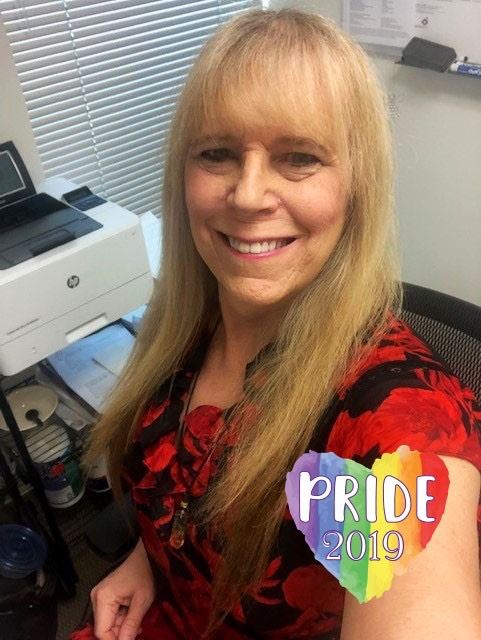 connections in the community. However, the former radio personality turned transgender advocate said that programs like Allies are helping to break down those physical barriers as well as the mental ones, such as unconscious biases and prejudices we all possess. The program was an obvious choice for McMurray as she spends every waking moment of her day helping and advocating for the often marginalized LGBTQ community as the Transgender Education and Advocacy Coordinator for Resource Center in Dallas.

"I wanted to meet people in Coppell — my neighbors," she said. "That door was open with Allies. I was delighted with the diversity and it was also an opportunity to help educate people — to shake their image of what transgender people are, or who they are."

Her participation in Allies as well as the City of Coppell's Future Oriented Approach to Residential Development (FOARD) board have been ways for her to not only learn about and contribute to her community, but also a way to meet people and be visible. As a transgender woman, she spent a lot of her life hiding who she was, but Allies is to designed to provide a non-threatening, safe space for everybody, create understanding, and pave the way for others to find their sense of belonging.

Devoting your life to serving others is a familiar feeling for Ally Dr. Jack Henderson as well. A retired educator and administrator, Henderson spent 40 years of his life not just educating youth, but guiding those that needed it most. Throughout his career, he served as a principal at various alternative schools including a juvenile detention center and a prenatal school — a special school for pregnant teens — and a teacher in the classroom picking up whatever subject needed an instructor at the time.

"You're not keeping track," he said. "You're just doing what needs to be done." 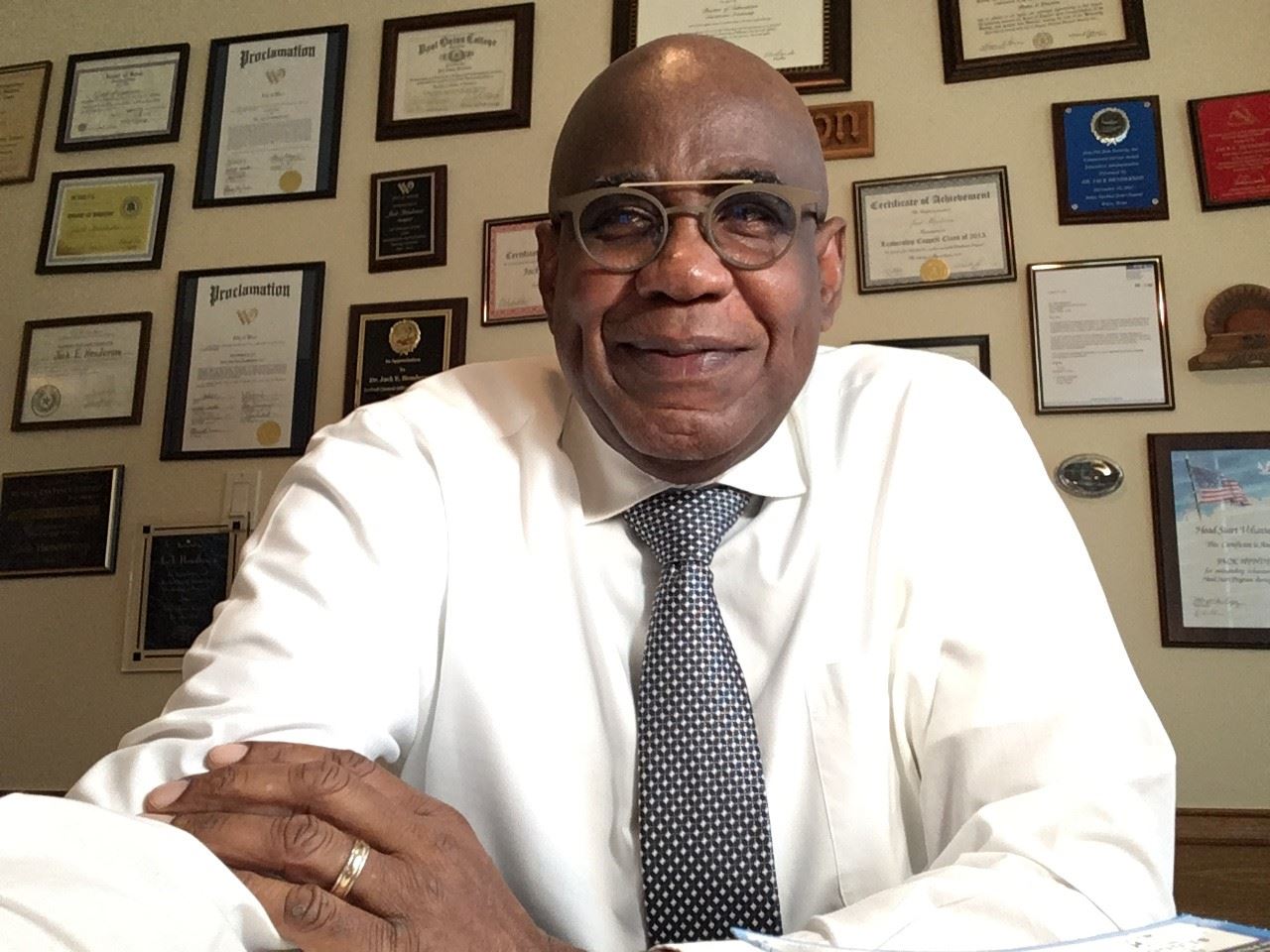 This same "do what needs to be done" attitude has also served him well as a volunteer. From the annual Coppell Farmers Market Farm to Table Dinner and Coppell ISD's iLead program to the Kid Country Playground reconstruction and Coppell Senior and Community Center Advisory Committee Henderson has lent his expertise and picked up a few new skills along the way. He said many of the same people who worked side-by-side with him on these projects later became his Allies in Community counterparts. However, while everybody came together to accomplish the physical task at hand in the past, the goal with Allies required a bit more soul searching.

Sharing personal stories was a large part of finding common ground. One he shared with the group was about a time when he was 9 or 10 years old in 1960. He went to the store in his small town near Waco to buy a loaf of bread for his mother and had to run from an angry crowd fearing he would be lynched. He said the environment of 2020 is reminiscent of the social unrest of the 1960s, and while it's challenging, it's important that we tell our stories and continue changing preconceived notions.

"Each one of us that came to Allies brought our own biases and prejudices," he said. "Either they're affirmed, changed or dissolved. You have to rethink some things. Allies itself is an awareness. It's bringing people closer together and making them better."

Of course, Cohort II members also had another obvious thing in common — a global pandemic that threatened to derail the initiative's momentum. While it wasn't exactly ideal to conduct a program based on relationships and face-to-face interaction virtually, the group found a way to overcome the obstacle and make it work.

Meetings were continued via Zoom, including the group's graduation ceremony where each person shared words that help guide them. Each member is also part of a different focus group, including a wellness and an interfaith group, that continue to meet on a regular basis to help build bridges and spread awareness in the community.

"COVID hit, but that didn't quite stop us," Bachhawat said. "We've maintained the momentum given the limitations we were dealing with."

Learn more about Allies in Community