Although Coppell is thought of as a relatively young city (incorporated in 1955), its roots can be traced back to the early 1880s.

In 1832, the farming community of "Grapevine Springs" was organized in the vicinity of the present-day Grapevine Springs Park. The springs area was utilized as campgrounds and was reportedly the location where Sam Houston signed a treaty with the local Indians. Settlers began moving to the area in the 1840s. Most of north central Texas settlers were of German or French descent. By 1846, Dallas County was organized and by 1856, the city of Dallas was founded.

By 1887, the community became known as "Gibbs" in honor of former Texas Senator and Lieutenant Governor Barnett Gibbs. The community changed its name again in 1890 - this time to "Coppell," probably after George Coppell, who was a prominent New York businessman closely associated with many railroads. So influential was the railroad in those days that the name of the train stop became the name of the town, and in 1892, Gibbs officially changed the name of its post office and town to Coppell. 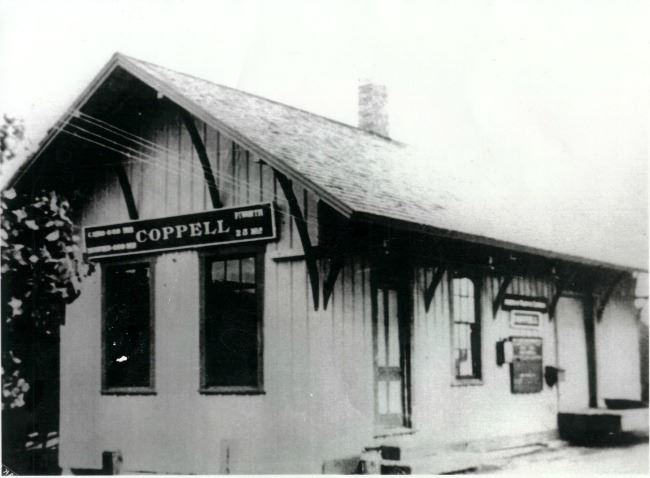 Transportation has played a key role in the history of the City. The Cotton Belt Railroad (part of the St. Louis and Southwestern Texas Railroad) established the "Gibbs Station" in the community in 1889, providing needed transportation for the area's many farms. The railroad was the major form of transportation into the community until the 1920s, when paved roads and automobiles became more prevalent in the area. It was not until the 1960s that the then-new Interstate Highway system extended regional access near, but not through Coppell.

Established in 1853, by the James Parrish family, Bethel Cemetery is located at Christi Lane and Moore Road. It is the home for graves of early Texas pioneers, one Revolutionary War veteran, veterans of the Civil War, some Indians, and several black slaves. Originally known as Sands Cemetery, the original five-acre parcel was once the site of 200 grave markers, now it only has two markers on about one-half acre of land. A deed from North Lake Woodlands developers and a historical marker now protect the cemetery. 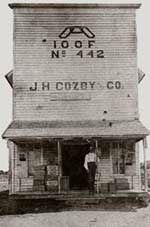 In 1893, Coppell had four stores, a lumber yard, blacksmith shop, cotton gin, and school. In 1908, a second school building was built alongside the original, just west of old downtown Coppell. In 1909, a newspaper, The Coppell Informer, served Coppell. In 1911, the community and Dallas County built a public well and watering trough in the center of town.

In 1928, the community's three schools - Bethel, Coppell, and Gentry - consolidated into one Coppell school. By the 1930s Coppell had a population of slightly over 400, almost entirely farmers and their families.