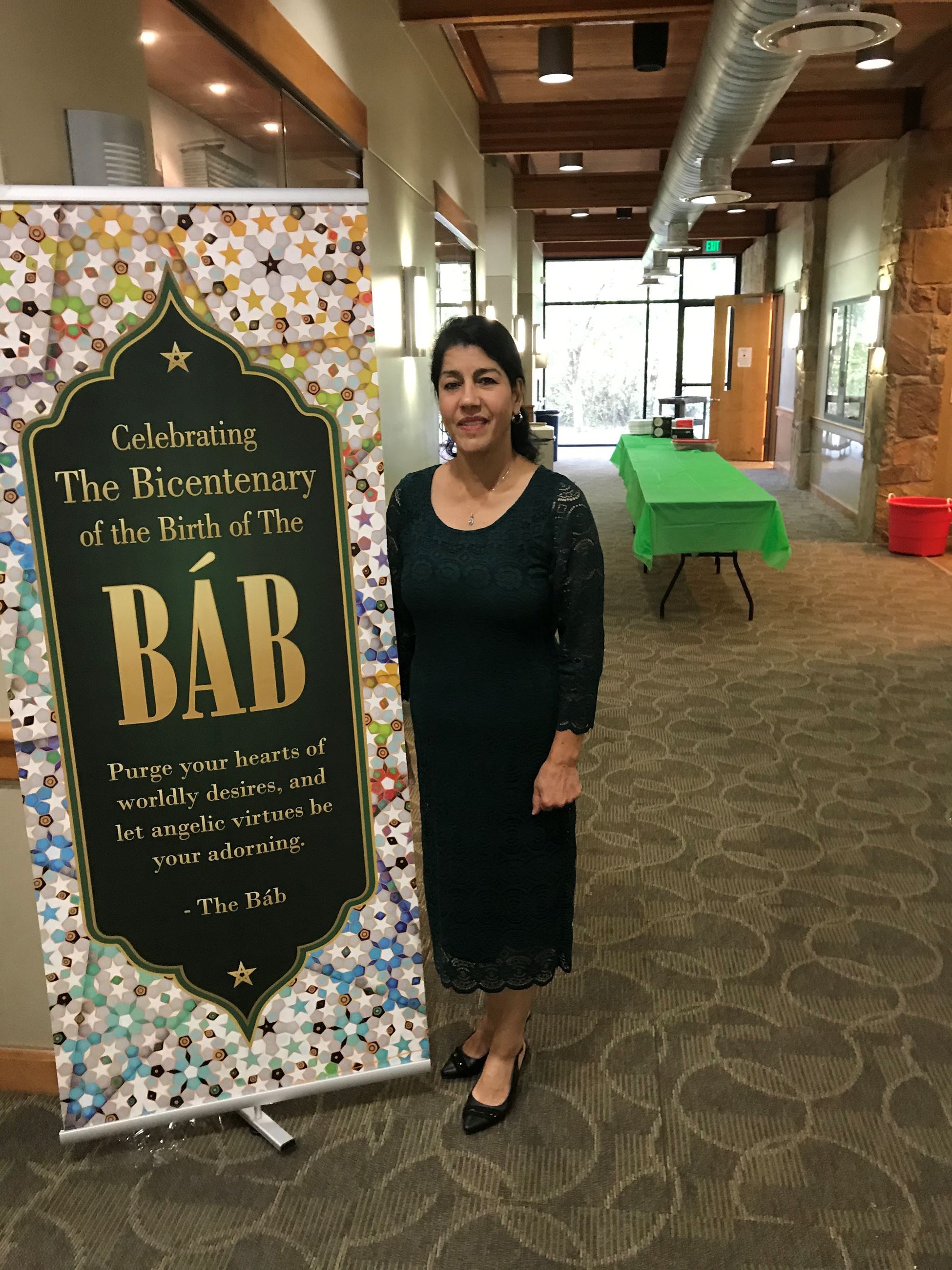 Through hardships and happy times, one thing has remained constant in local volunteer Parvin Izadi's life - her faith.

Unity, truth, and peace - some of the core values of the Bahá'í Faith - guided her when she fled Iran to escape religious persecution during the Iranian Revolution in 1979. With the threat of imprisonment or even death looming, Izadi's father decided to send his children out of Iran for safety. Her siblings are scattered across the world from France and Norway to Australia and each of their journeys is different. Despite a rough start, Izadi considers herself fortunate to have landed in the United States.

She was alone and in her early 20s when she first arrived in Cleveland, Ohio in the dead of winter. It was cold, depressing, and one of the hardest times in her life, but with the help of the Bahá'í network, she got a job, enrolled in school, and figured out how to survive.

Jumping from Oklahoma, to Utah, and finally Texas, Izadi supported herself through school as a nurse aide, pharmacy technician or cafeteria worker at various hospitals. After many years of classes and several schools, she graduated as a pharmacist from the University of Houston.

Now a Clinical Staff Pharmacist at University of Texas Southwestern, a wife, and mother to two sons, as well as a 26-year Coppellian, Izadi channels her gratefulness and optimistic spirit into serving her community. One of her passion projects - hosting an interfaith devotional in her home - combines her strong faith with her love of public service.

We all have two natures - spiritual and material, Izadi said. We feed our body, but we hardly ever feed our spirit. Prayer is the food…not just saying them, but truly taking them to heart and acting upon them.

She is also helping to feed the spirits of Coppell's younger generation through character building classes. Created several years ago by Izadi and a friend, the grassroots program is fueled by a few signs and word of mouth and invites children in low income areas to learn about topics such as service, humility, kindness, truthfulness, and justice. The informal classroom, usually a central outdoor location, and fun activities like songs, coloring pages, and games keep kids engaged while instilling fundamental values.

The children already have these values in them, she said. We just have to work on and strengthen these values. Kids today are the next generation and our future.

A similar focus on future thinking and bringing consciousness is what caught Izadi's attention when she first heard about the City of Coppell's Allies in Community program while attending a Cultural Committee meeting at Cozby Library last year. Deputy City Manager Vicki Chiavetta introduced the program, which brings people from all cultures and walks of life together to discover how to create an inclusive and civically engaged community, and Izadi immediately knew she wanted to be a part of it.

Vicki came and talked about Allies in Community and it brought tears to my eyes, she said. I thought, this is what I believe. This is what I'm looking for. It's bringing people together and building community.

As a member of the second group to go through the Allies program, Izadi spent the last several months participating in discussions and hands on workshops with her fellow cohorts, then adjusting to virtual meetings when COVID-19 developed. While the group learned about the diversity of Coppell and how to connect with each other, Izadi said an important consensus was the desire to apply what they learned through the program, give back to the community, and find a way to keep the good going.

Members split up into different service groups as a way to take action and apply Allies values in different areas of Coppell including education, technology, and health/wellness. Not surprisingly, Izadi is part of the faith/interfaith and service/non-profit groups and hopes to play a role in changing hearts and bringing consciousness to the community.

Last month, Izadi and her Allies in Community cohorts graduated from the program in a virtual ceremony that included presentations from each member entitled "Words that Guide my Way." Izadi's words mirrored those of the Bahá'íFaith.

The purpose of life is to develop our capacities both for our own lives and for the service of humanity, she said in her presentation. Service to others and to humanity is the key in building bridges and a global society. If service is done with utmost detachment, humility, and compassion it will bring about spiritual and social transformation that we are all one and we are interdependent. The earth is but one country, and mankind its citizens.